Can One Be Successful Without A Degree In South Africa?

Graduates in South Africa are often finding themselves unemployed, the unemployment rate has lately been the highest it has ever been, with youth taking up the majority of the percentage hence leading to the question Is a degree necessary to be successful in South Africa.

South African graduates are struggling to find work, even with qualifications, as the country s battling a job crisis and high unemployment rates. Many are now looking at whether getting a degree is still worth it.

Getting a degree would mean that you have a better chance at getting a job, and a good one at that. Also, a degree symbolised being successful by then, However, graduates around the country are losing hope.

Some graduates are not able to pay their fees, and because of this, they are not given their certificates, which are needed to get a job. 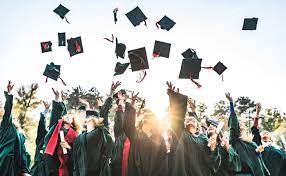 Another thing that is seen in South Africa is that when graduates do get jobs, these jobs don’t use the skills they have and require fewer of them.

You May Also Check: